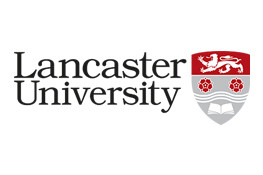 Lancaster is ranked in the UK Top 10 in both the Guardian and the Complete University Guide. The University is also ranked No.1 in the North West, and is in the Top 1% of universities globally.
The growing reputation of Lancaster is reflected by high rankings year-on-year in each of the UK’s major university league tables – the Complete University Guide (9th), the Guardian (8th), The Times/Sunday Times (11th) (collectively ranked 11 in the Times Higher ‘table of tables’), and the THE Student Experience Survey (15th).
Lancaster rose to 121st in the QS World University Rankings 2015-16, and 130th in the THE World University Rankings 2015-16. We were ranked 59th in the THE Best Universities in Europe 2016, placing Lancaster among Europe’s elite universities.
Lancaster has been ranked as the best value for money university in England, and is located in a city ranked within the top 10 ‘most vibrant’ urban centres in 2013.

How To Get Ready For Online Learning

How Your Bedroom Can Affect Your Results